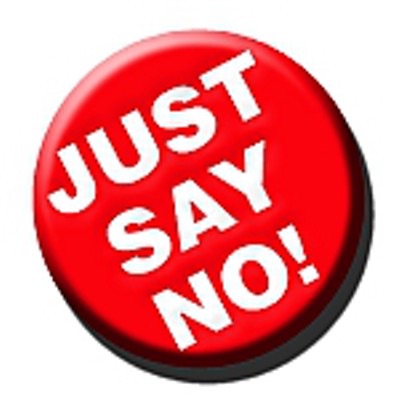 When my eldest son was two years old he was a consummate actor. Hurling himself face first onto the ground, red with rage, he would wail loud enough to be heard in Blackpool.

Andrew wasn’t too fussy about his audience and would think nothing of lying down in dramatic fashion, middle of the supermarket, to shamelessly exploit the embarrassment of his mum. Not getting his own way was a complete travesty of justice in his view and the world should hear about it! (I will be reminding him of this when he has children of his own!)

There can be few more public places to run the gauntlet of disapproving onlookers than Tesco. Every one of them secretly felt relieved that curly haired bundle of fury wasn’t with their child, every one of them a silent, disapproving witness to my parenting ability- or lack of it!

Happily, the defiant phase didn’t last very long- but at the time it seemed endless. Every well-planned shopping trip became, in my minds eye, a potential battle field and I would plan for it like a well trained commando.

His brother was much more placid. Sam did however perfect the art of becoming rigid, like a cardboard cut out every time we tried to put him into his car seat and he would object very strongly to being put down if I needed to do any housework. I wouldn’t swap either of them however for all the tea in China.

Of course it would be so much easier if we were all given user manuals when first handed our babies. Instead like most parents, I made it up as I went along.

END_OF_DOCUMENT_TOKEN_TO_BE_REPLACED 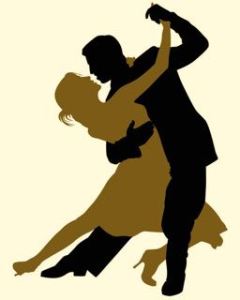 I love ‘Strictly Come Dancing’ and so, as a Christmas gift this year my husband brought me some dance lessons. Not any old dance lessons oh no, Mr D has decided that 2015 is the year that we learn how to dance the Argentine Tango.

If you are a fan of strictly then you’ll know all too well that it’s that dance with all the leg flicks and complicated twirling.

I suspect that you can picture the scene. In my head Ian and I twirl around in perfect synchronicity to a gorgeous melody from Buenos Aires. In reality a few toes are routinely trampled and we try very hard not to giggle as we mess up yet another routine. Carnage! Some of the other dancers take it so seriously- you just have to laugh! I don’t think I will ever score a ten from Len.

END_OF_DOCUMENT_TOKEN_TO_BE_REPLACED 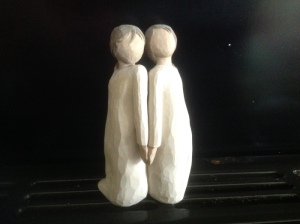 As a twin I have never really been alone. I was born with a partner in crime and shared mum and dad right from the start.

My sister and I are fraternal twins- non-identical, we barely look related these days, I also claim to be taller and wiser. Funnily enough our teachers really struggled to tell us apart, a challenge made even harder because mum chose to dress us in identical clothing. Our junior teacher had great idea however and made us wear different coloured ribbons.

My sister was good at maths and hated writing, I loved writing and struggled with maths. You can probably already guess what we conspired to do. Yes, we swapped our coloured ribbons regularly and conveniently throughout the day, to capitalise on individual talents. We delighted in confusing ‘Miss’ but had to become adept at answering to each other’s name. (Sorry mum.)

Looking back through my highly refined teacher lens I have one question:

How on earth did we get away with it?

Was she myopic or did she simply never look up from her desk?